From Wikipedia, the free encyclopedia
(Redirected from Modern convenience)
Jump to navigation Jump to search
This article is about the term "convenience". For other uses see Convenience Township, Pope County, Arkansas and Convenience (horse) 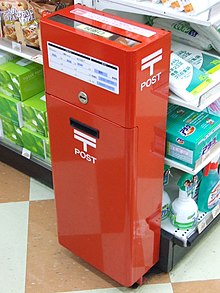 Convenient procedures, products and services are those intended to increase ease in accessibility, save resources (such as time, effort[1] and energy) and decrease frustration. A modern convenience is a labor-saving device, service or substance which make a task easier or more efficient than a traditional method. Convenience is a relative concept, and depends on context. For example, automobiles were once considered a convenience, yet today are regarded as a normal part of life.

Service conveniences are those that save shoppers time or effort, and includes variables such as credit availability and extended store hours.[1] Service convenience pertains to the facilitation of selling both goods and services, and combinations of the two.[1]

Ready meals and convenience cooking spare the consumer effort in preparation of a meal while providing high levels of energy and pronounced, if mostly artificial, flavour.

Filling stations sell items that have nothing to do with refuelling a motor vehicle, (eg milk, newspapers, cigarettes) but purchasing at that location can save the consumer time compared to making a separate journey to a supermarket. Conveniences such as direct deposit can save companies and consumers money, though this may or may not be passed along to the consumer.

Household In 1911, architect and author Louis. H. Gibson defined modern conveniences as "those arrangements and appliances which make it possible for people to live comfortably in a larger house, without seriously increasing the cares which they had in a smaller one". The supposition is that at that time if a family lived in a smaller home, they would have less furniture, appliances and other goods to take care of, and as a result the family's lifestyle and housekeeping would be relatively easy. If, on the other hand, a family moved into a larger home the increase area and furnishings would be much more difficult to manage without labor-saving devices.[2]:21–23

The homes of the 20th century are much bigger than the homes of our family members from the 19th century, both in terms of square footage and number of rooms. Homes built at the beginning of the 21st century have 2-3 times more rooms than homes at the turn of the 20th century. In terms of square footage, new homes built in 2000 are 50% larger than a home built in the 1960s.[4]

In his 2011 book America's Ticking Bankruptcy Bomb: How the Looming Debt Crisis Threatens the American Dream—and How We Can Turn the Tide Before It's Too Late, Peter Ferrara says that the residential access to modern convenience is markedly different in the 21st century compared to the beginning of the 20th century:[4]

Religious groups that shun modern conveniences include Anabaptists (and their direct descendants, the Amish, Hutterites, and Mennonites) and Judaism.

Key beliefs that determine an Anabaptist community's position on use of modern conveniences are:[8][9]:35

For Orthodox and Conservative Jews, Shabbat is the seventh day of the Jewish week and is a day of rest in Judaism. Shabbat is observed from a few minutes before sunset on Friday evening until a few minutes after the appearance of three stars in the sky on Saturday night.[15] On Shabbat, Jews recall the Biblical Creation account in Genesis, describing God creating the Heavens and the Earth in six days and resting on the seventh. It also recalls the giving of the Torah at Mount Sinai, when God commanded the Israelite nation to observe the seventh day and keep it holy. Shabbat is considered a festive day, when a Jew is freed from the regular labors of everyday life, can contemplate the spiritual aspects of life, and can spend time with family.

Orthodox and some Conservative authorities rule that there are 39 prohibited activities of work (referred to as "melakhot"), such as turning electric devices on or off, driving cars, and more, during the Shabbat, as listed in Mishnah Tractate Shabbat.[16][17][18]

There are many ramifications of the development of modern conveniences for individuals and their families over the past 150 or more years. The many labor-saving devices have kept pace with growing houses and furnishings and allow for greater leisure. There are also some negative effects, some of which are also as the result of advancements in chemical technology in the food that we eat or products that we use. In these cases there are also conflicting opinions about the extent to which some of the products are harmful. Here are a few examples of positive and negative effects of modern conveniences.

Some of the major improvements over the past century has been in improved health care. For example, modern medicine has made leaps in preventing infectious diseases in part due to improved water and sewage treatment. This is obvious in the marked rises in life expectancy.[19]

Some of the most dramatic technological benefits are seen in underdeveloped countries. For instance, cabling for landline telephone service is expensive and requires a lot of time to complete, especially in the most remote areas. Introduction of cellphone service, on the other hand, is much cheaper and dramatically improves individual's ability to be economically productive, often in microbusinesses. It is estimated that 80% of the world's population is now located within range of cellular towers, 1.5 billion cellular phones are in use in developing countries and, in India alone, five million customers sign up for cellular service each week. The Four Asian Tigers—i.e., Hong Kong, Singapore, Taiwan, and South Korea—are a few of the countries that have leveraged technology to become a presence in the global community.[7]

In 1905, the Journal of the American Medical Association published an article titled "Nervous Strain" about how "modern conveniences" make our lives busier and with less direct contact than the preceding generations. As an example, the author compared having a calming cup of tea with a person to the more distant practice of placing a telephone call. Labor-saving devices meant that people now spent more time sitting, breathed machine-generated smoke, and ate food, especially meat, fat and sugars, in greater abundance, changing peoples' diets. These activities were speculated to result in high blood pressure, obesity, and "nervous strain".[20]

Because of the enormous productivity growth in intensive agriculture and meat industry, meat has become a major part of the diet in most developed countries and is on the rise in developing countries. Red meat consumption has been linked to colon cancer; besides, growth hormone and antibiotics treatment of cattle and poultry has raised serious concerns about the adverse effects of those substances in industrially produced meat.[21]

Processed foods, high-fructose corn syrup, and increased fat—the greater reliance on processed, packaged, microwaveable food has resulted in a rise in Type 2 diabetes, obesity, and other health concerns.[medical citation needed] Margarine, once seen as a great alternative to butter, does not help with absorption of nutrients and may contribute to heart disease.[medical citation needed]

Styrofoam cups release styrene as the food or drink is consumed. Leaded fuel is another hazardous chemical. Although it has been outlawed in the United States, its use in developing countries impacts the health of local people and the global environment.[19]